FOUR GUYS AND TEA: A WORLD OF POSSIBILITIES

AN INTERVIEW WITH FRANÇOIS MARCHAND OF CAMELLIA SINENSIS

Speaking with François Marchand about his journey and that of his three associates is to discover an amazing story. It’s been 20 years since Camellia Sinensis’ first teahouse opened its doors in Montreal. How far they’ve come is truly fascinating!

Allow me to introduce you to a company that any entrepreneur would be proud of and four enthusiastic travellers that we would all love to have on our team! 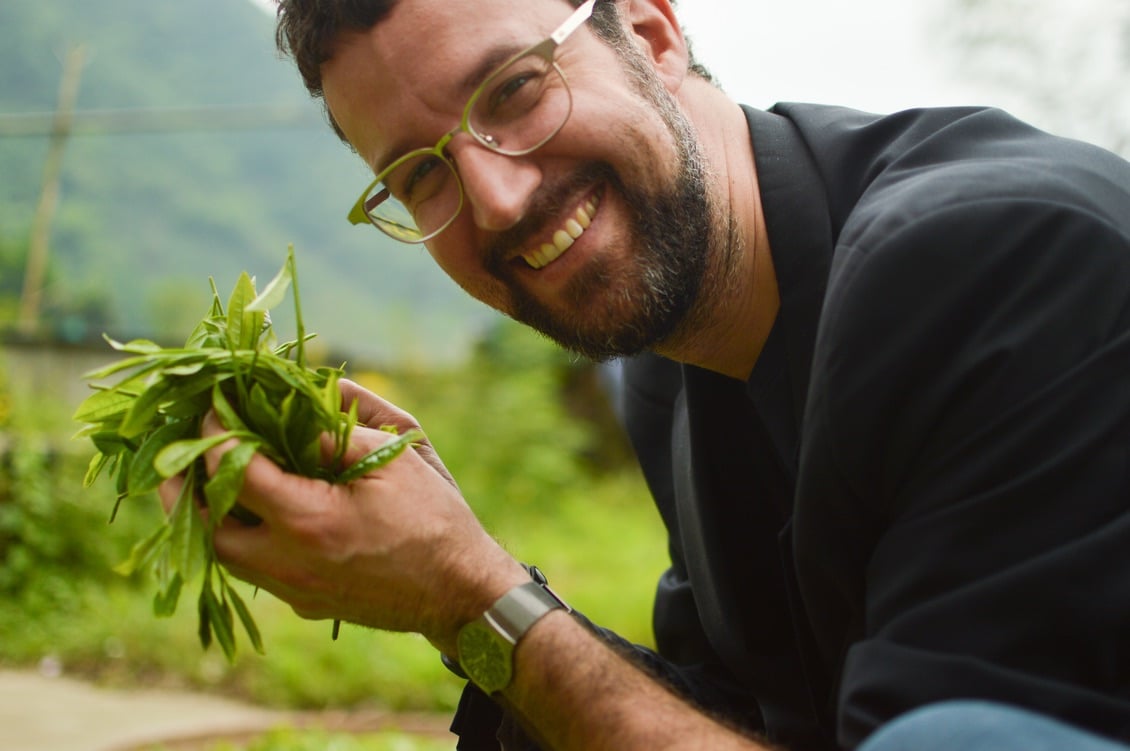 FROM PRAGUE TO MONTREAL BY WAY OF ASIA

It all starts in 1997, in Prague, when Hugo Americi discovers the Teahouses of Dobra Cajovna with its Asian tea culture. At the time, Hugo’s idea was to open a café-bar but the teahouse concept enthralls him so much that he returns to Montreal with a completely new project in mind.

Only a year later, Hugo opens a teahouse called Camellia Sinensis on Emery in Montreal. At that point, Jasmin Desharnais and François Marchand, students from UQAM, are employees of the teahouse and in 1999, Kevin Gascoyne enters the scene to present his import company, specializing in Indian teas.

In the year 2000, Jasmin and François become co-owners of the teahouse which morphs into a tea store project which opens in September of 2001. It’s also around that time that they begin to offer training courses to the public.

One project leads to the other: a tea school is created in 2002, travel to Asia begins in 2003, and direct import of tea from China and Taiwan is set up.

In 2004, Kevin merges his Indian tea import company with Camellia Sinensis and becomes the fourth partner. That same year, another store opens in Quebec City.

Then in 2006, a second store opens in Montreal, in the Jean-Talon Market.

Our four partners are far from done though! 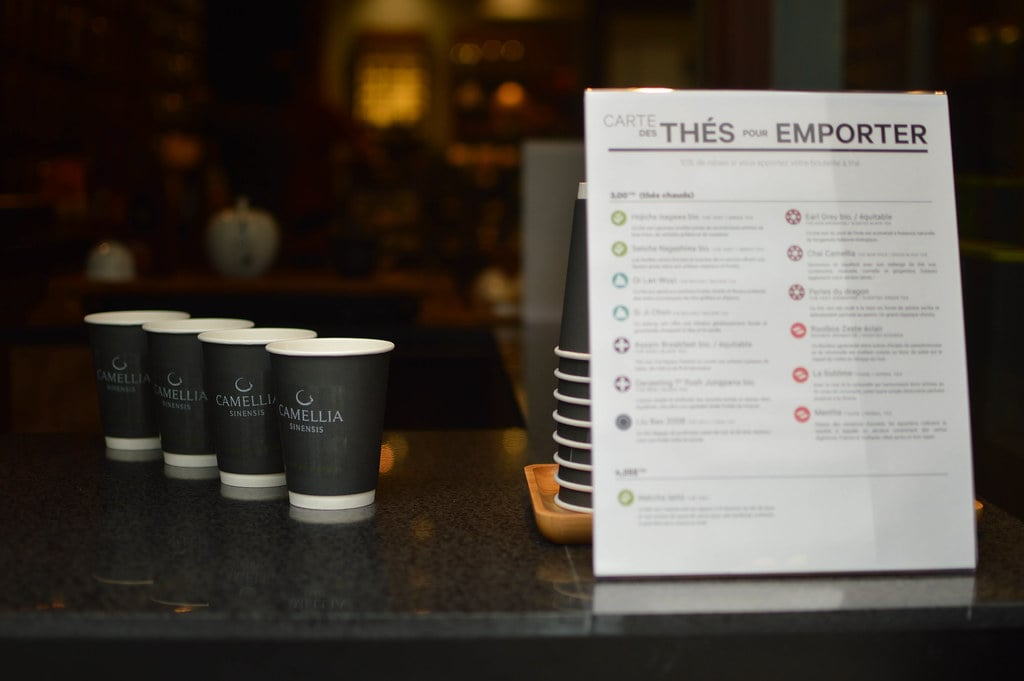 The Camellia Sinensis teahouses offer tea from around the world: Sri Lanka, Nepal, India, Africa, etc. as well as a variety of related products. To buy online or simply to see what they offer in-store, visit their website – and enjoy its fresh, new look. 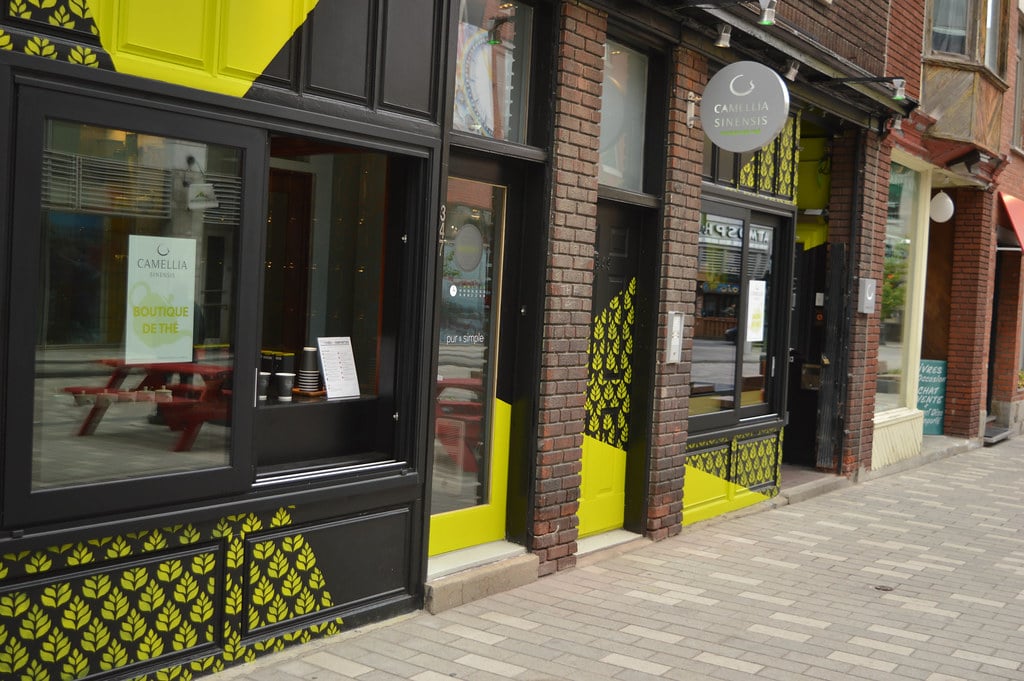 Who are their customers? People like you and I who walk into their shops and browse their website and more than 1500 corporate customers in Quebec, Canada, USA, and Europe. 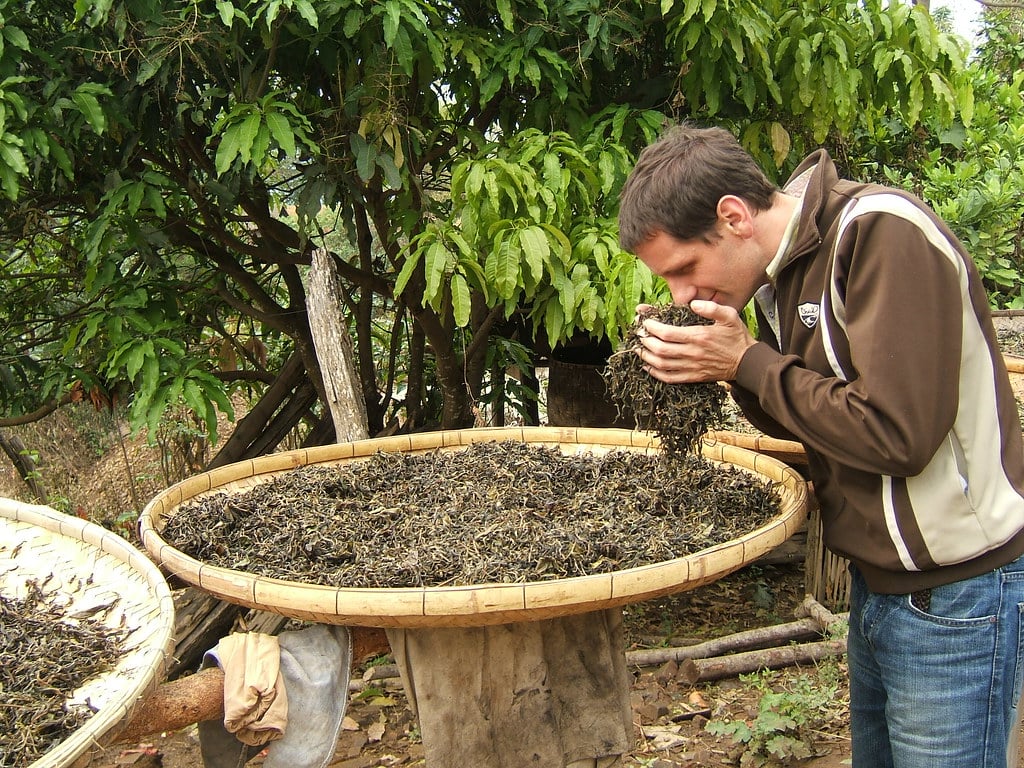 With that many customers, needless to say, they process many orders daily. That’s why busterfetcher.com took the initiative to reach out and let them know about the possibility of getting reimbursed for all their late deliveries.

At first, François – in charge of e-commerce and marketing for the business – was not convinced. For one thing, he didn’t think late deliveries were that frequent. Plus, he thought the whole thing was a bit shady, too good to be true.

I think it’s important to mention this because many of our partners had the same negative bias to start with. Truth is, the service we offer seems so simple that many think there must be a catch somewhere.

That’s exactly what François thought and so at first, he didn’t sign up. As any good entrepreneur would though, he obtained more information about our service, notably through some of his own customers doing business with Buster Fetcher. He asked for references and everyone recommended us.

It’s true, Buster Fetcher’s service is very straightforward: sign up with us and we will claim reimbursements from carriers for you. Buster Fetcher only gets paid when a claim is approved. No investment; only money to recover – no catch!

François ended up joining us in January 2019 – only as a trial though. After a week, the results were clear. “I was really impressed by the number of packages delivered late, and after a week only, we had already recovered a lot of money.”

More than 5% of his packages are delivered late, François estimates. Now imagine: he ships out more than 40 orders a day!

During our phone conversation, François told me: “The service is really efficient and we recover a lot of money.” Any regrets? “Absolutely not! I recommend it to all businesses without hesitation.”

All this recovered money can be reinvested in the business and in Camellia Sinensis’ many ideas, among which their latest (but not least) project: the Tea Studio.

THE TEA STUDIO: A PART OF QUEBEC IN INDIA

For their 20th anniversary, the Camellia Sinensis boys treated themselves to something special: a tea factory in the Nilgiri mountains in Southern India.

In October 2018, they went to inspect the facilities and spend some time with their Indian and Chinese partners. If you would like to know more about Camellia Sinensis’ new adventure, La Presse published an excellent article (in French) about the four entrepreneurs and their latest project.

It took about three years for the project to yield its first results, but “the first batch of tea processed there with the equipment our team purchased arrived at Camellia at the end of 2017.”

This project is run on site by a group of women for the benefit of their village. Tea Studio is a business project of course, but also a humanitarian, experimental, and educational project all in one. 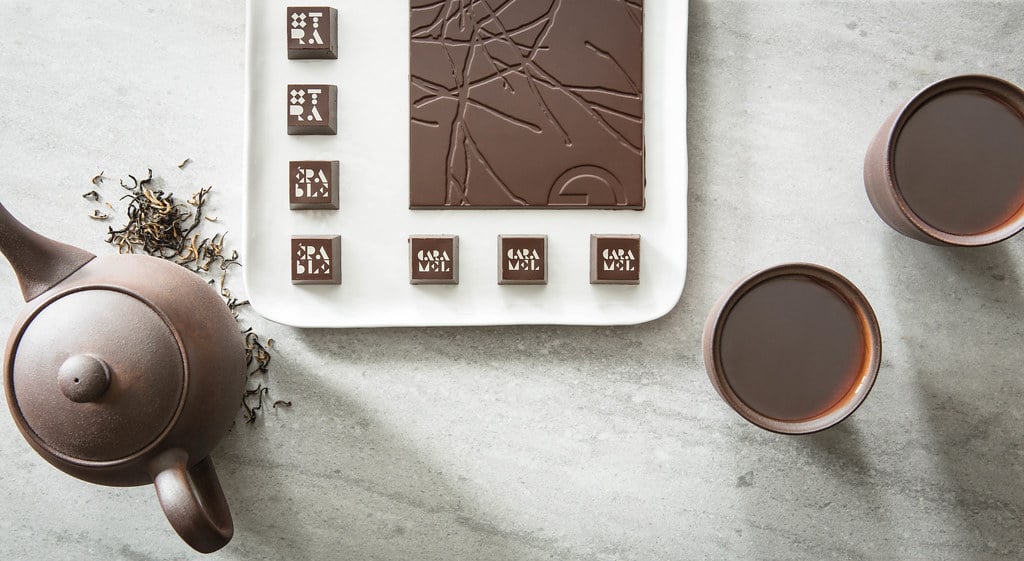 Camellia Sinensis is a prime example of a humane business practice. All the projects our four friends pursue are to discover new cultures and encourage sharing. As a result, they have made us discover flavours from around the world and they bring a part of Quebec everywhere they travel to. Always respecting their own values.

Passionate about entrepreneurship since my childhood, and even more about e-commerce businesses, I like to find the best tools and resources to help fellow entrepreneurs to grow their business exponentially. After years of growing other businesses, I launched a couple of years ago, my own online store, which now ships about fifty parcels every day in more than 75 countries.